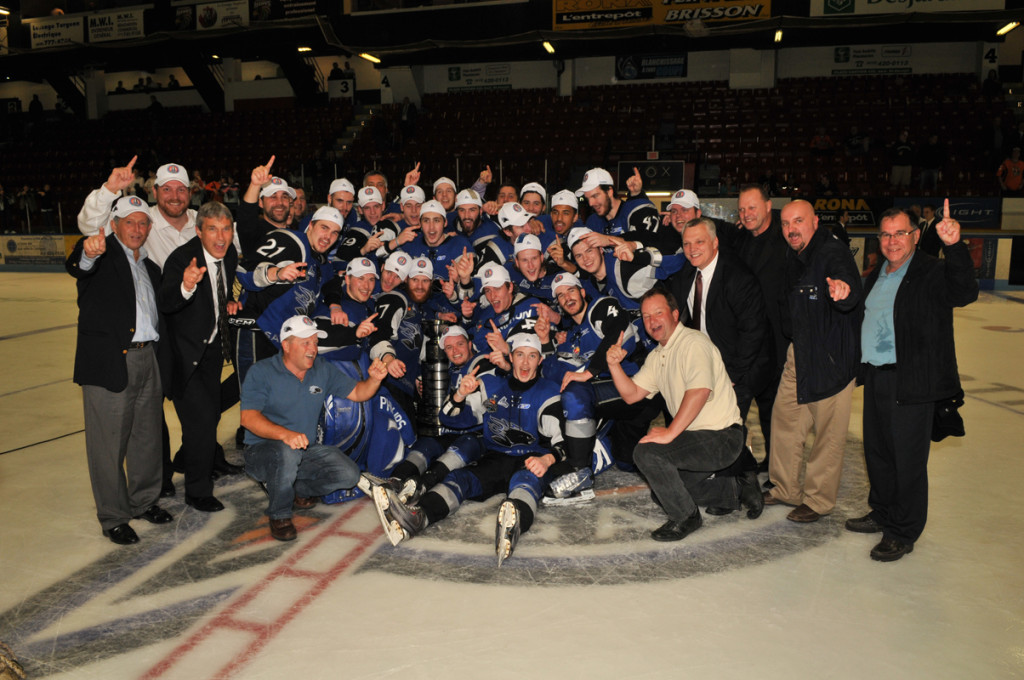 BOUCHERVILLE, May 15, 2011 – Sunday was game 6 of this final round between the Saint John Sea Dogs and the Gatineau Olympiques at the Robert Guertin Centre. The scoring was opened by Sea Dogs’ left winger Stanislav Galiev at 4:10 in the first period, his 10 in these playoffs. The Gatineau Olympiques quickly tied the score at 11:12 with a goal by center Philip-Michaël Devos, also his 10th in the playoffs, assisted by Jean-Gabriel Pageau and Hubert Labrie. No goals were scored during the second period of the game. After 40 minutes of play, shots were 27-19 in favour for Saint John. In the third period, Adam Janosik got the crowd to its feet by scoring a goal with 5 minutes left in the period. The Sea Dogs’  Jonathan Huberdeau set the game to overtime by scoring with just 23 seconds left on the clock. After the first overtime period, there was no score. The score still tied 2-2. It was during the second overtime that Alexandre Beauregard scored the decisive goal for a final score of 3 – 2 for the Saint John Sea Dogs who become the 2011 President Cup champions. It is worth noting that the Sea Dogs won everyone of their 10 road games since the beginning of the 2011 playoffs.

Jonathan Huberdeau was named most valuable player of the playoffs, having scored 16 goals and 14 assists in 19 games. Huberdeau received the Guy-Lafleur trophy from the QMJHL’s director of Hockey Operations, Pierre Leduc. Here is the list of all the previous recipients of the Guy Lafleur trophy.

The Saint John Sea Dogs will be going to Mississauga Ontario for the 2011 MasterCard Memorial Cup.

Here are some interesting charts to look over: 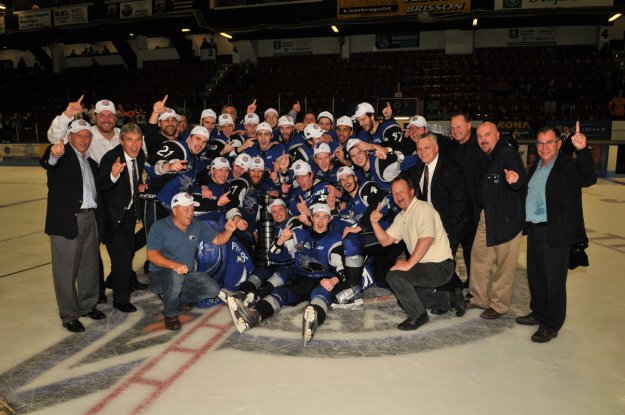