100 Years of the Memorial Cup 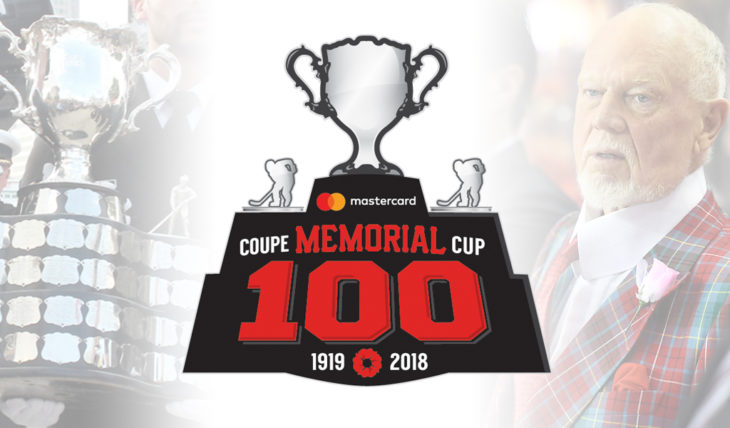 “This is a very special season in Canadian Hockey League history as we commemorate the 100th presentation of the Memorial Cup,” said CHL President David Branch. “As we aim to fulfill our goals to capture, preserve, and enhance the legacy of this prestigious trophy while honouring the brave men and women who served and continue to serve our country, it is only fitting that Don Cherry be at the forefront of our celebrations.”

Before establishing his legacy as the star of Hockey Night in Canada, Cherry was a Memorial Cup champion as a member of the 1953 Barrie Flyers.  The Kingston, Ont., native’s longstanding and unwavering support of Canadians in uniform have earned him Honourary Lifetime Membership into the Royal Canadian Legion and the appointment as an Honourary Patricia by the Princess Patricia’s Canadian Light Infantry.  Cherry was also instrumental in bringing the CHL to the Greater Toronto Area as part of the Mississauga IceDogs ownership group in 1998, and is recognized with Bobby Orr as a builder of the Sherwin-Williams CHL/NHL Top Prospects Game which began as an annual showcase in 1996.

As part of the CHL’s 100th Mastercard Memorial Cup celebrations, the league has also announced the 17 CHL communities that will comprise the Memorial Cup Tour which began November 18 in Barrie.  The Memorial Cup will visit various military bases and legions and provide fans the opportunity to see major junior hockey’s top prize as part of a unique game day experience. The 17 CHL communities are spread across eight provinces with 13 of the stops coinciding with Sportsnet’s new CHL Saturday Showcase national broadcasts. 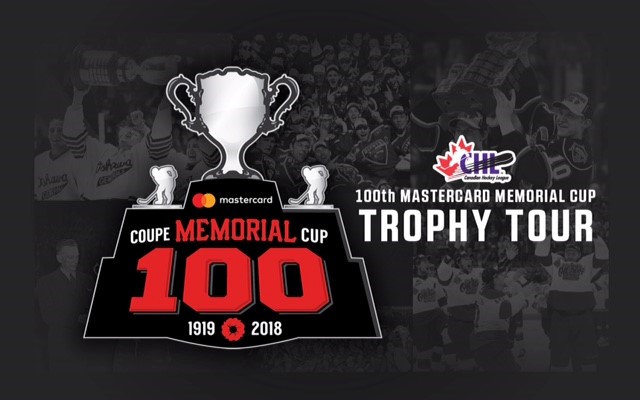 Click here for information on the CHL Broadcast Schedule

To mark this special anniversary the CHL has partnered with CIBC, Official Bank of the CHL, to create a commemorative coin in remembrance of all those who have served.  Coins are on sale now and can be purchased online at www.cibc.com/preciousmetals or at CHL club stores. 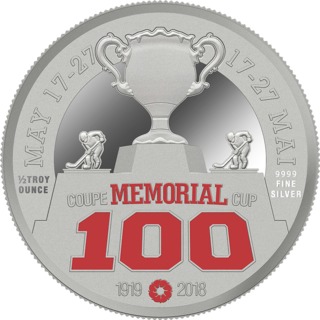 For more information on the commemorative coin, visit www.mastercardmemorialcup.ca/coin.

While the 100th celebration logo has been proudly displayed on rinkboards across the country since the launch of the 2017-18 campaign, the logo has been converted to a sweater patch that will be worn by all clubs as well as on-ice officials for the duration of the season beginning with today’s Remembrance Day games.

The league has also launched the first segment of the champions video series designed to highlight past winners.  Get to know some of the names engraved on the cup and enjoy the moments of glory from some of history’s most memorable victories beginning with the 2010 Windsor Spitfires.  The weekly videos will debut online and play on videoboards in arenas across the CHL.  To see all of the videos released to date, visit www.mastercardmemorialcup.ca/video-channels/100mmc. 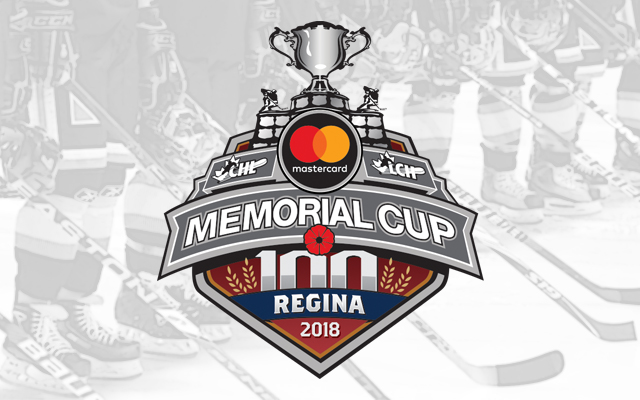 The Memorial Cup has a rich tradition that has shaped the way junior hockey is played in North America.  The trophy was original known as the OHA Memorial Cup and was donated by the Ontario Hockey Association in March, 1919, in remembrance of the many soldiers who paid the supreme sacrifice for Canada in the First Wold War.  In 2010 the Memorial Cup was rededicated to the memory of all fallen Canadian Military Personnel.

The 2018 Mastercard Memorial Cup is proudly supported by Mastercard, title sponsor of this event for 20 straight years.  Associate sponsors include CIBC and Cooper Tires.  All games will be broadcast by Sportsnet and TVA Sports.