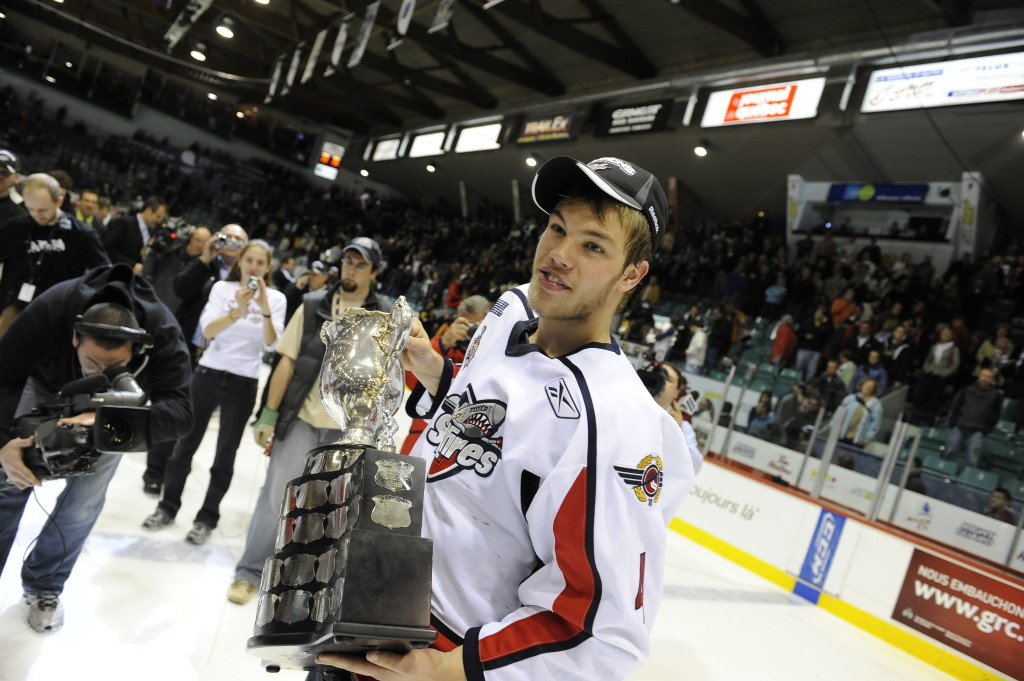 The Windsor Spitfires made history at the MasterCard Memorial Cup in 2009 and again in 2010 but two games into the tournament in Rimouski back in 2009, it looked like they were down and out.

The Spitfires dropped a 3-2 overtime decision to the Quebec Major Junior Hockey League champion Drummondville Voltigeurs in their opening game of the tournament and then faced an early elimination after falling 5-4 to the host Rimouski Oceanic the following day.

The Western Hockey League champion Kelowna Rockets won their first two games of the tournament and earned an early bye into the championship game but the Spitfires needed a win against the Rockets in their final round robin game just to keep their season going.

The final round robin game meant little to the Rockets but the Ontario Hockey League champs were desperate for a win to keep their hopes alive.

All-star defenceman Ryan Ellis scored early in the third period and the Spitfires held on for a narrow 2-1 win that gave the Spitfires some life. They beat out the host Oceanic with a 6-4 win in the tie-breaker and then knocked off the Voltigeurs with a 3-2 overtime win in the semi-final to set up their rematch with the WHL champs.

“We got a little fortunate early,” said Spitfires’ coach Bob Boughner. “We had a couple of goals go in that maybe weren’t great goals.

“Kelowna kept fighting back, but we played that smothering style and put a blanket on them.”

The Spitfires made history at that tournament by becoming the first team ever to win the championship game after losing their first two games of the event and the first to win the tournament after playing in a tie-breaker game.

“We knew if anyone could do it, it was us,” captain Harry Young said after the championship game. “We have such a close group here.

“It was the first time this year we really faced adversity and we pulled through.”

Edmonton Oilers star forward Taylor Hall came into the tournament as a highly-touted scorer that was still a year away from the NHL Draft and enjoyed a strong tournament with two goals and eight points in six games to win the Stafford Smythe Memorial Trophy as the Most Valuable Player of the tournament.

Spitfires’ forward Adam Henrique who is currently enjoying a terrific rookie season with the New Jersey Devils flew under the radar in comparison to some of his star teammates but the Spitfires didn’t have a better player in their playoff run or during the Memorial Cup. He led the team with nine points in the tournament and opened the scoring in the championship game.

“Yeah, he was under the radar, but he was so reliable, everyone here knew how good of a player he was,” Spitfires GM Warren Rychel said. “We could trust him in any situation. He was on if we were up a goal or down a goal. It was faceoffs, hitting, body position.”