The Majors got a power-play opportunity in the opening seconds of the game and capitalized on their first shot on goal as Devante Smith-Pelly registered his second marker of the tournament at 1:03.

No other goals were recorded in the period but the Majors dictated tempo for most of the first twenty minutes with bone-crushing hits.

The play tightened up in the second period. Consequently, there were very few scoring opportunities on either side.

Mississauga still managed to take a short-lived two-goal lead after Devante Smith-Pelly collected his second goal of the game at 17:40. But Kootenay, which is no stranger to comebacks in this tournament, cut the lead by one with less than two tenths of a second left in the second period. Joe Antilla pounced on a rebound and buried a shot past J.P. Anderson.

Goaltending was the name of the game in the third period. J.P. Anderson pushed away fourteen shots while his opponent, Nathan Lieuwen, was also brilliant, making eight saves.

Chris DeSousa added the insurance goal into an empty-net with less than one minute left. 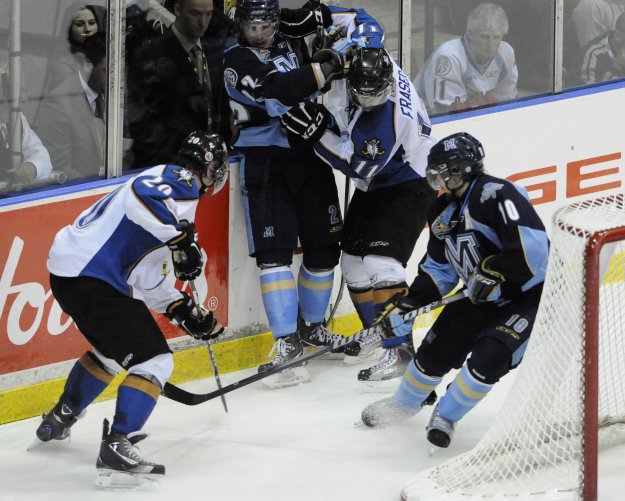