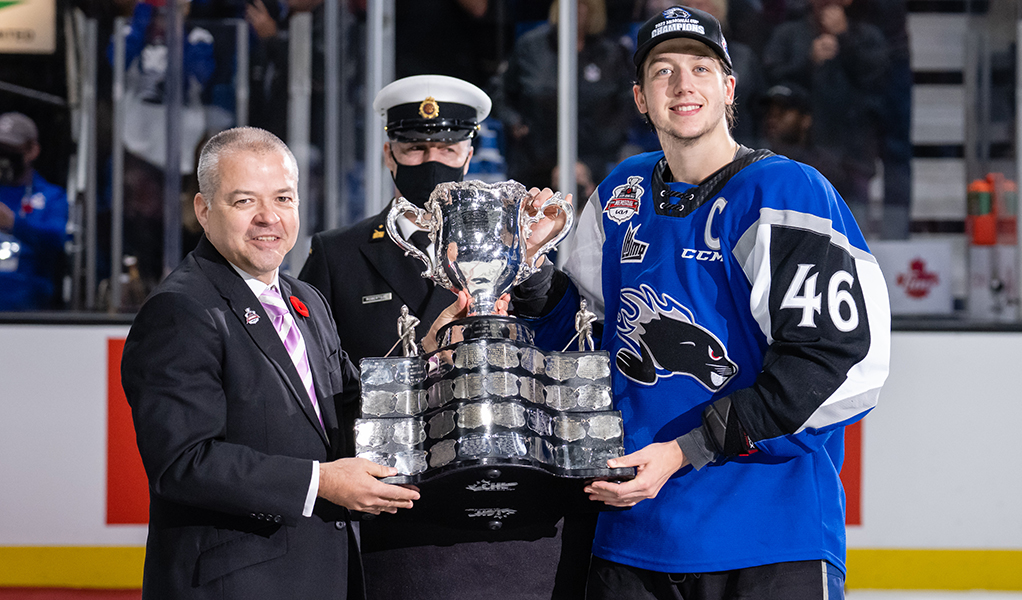 The Saint John Sea Dogs have claimed CHL supremacy, defeating the OHL’s Hamilton Bulldogs by a score of 6-3 in the Championship Final of the 2022 Memorial Cup presented by Kia on Wednesday.

Dufour also took home the Ed Chynoweth Trophy as the Top Scorer of the tournament, while teammate Nikolas Hurtubise was named the Most Outstanding Goaltender and recipient of the Hap Emms Memorial Trophy after recording three wins in four outings combined with an .880 save percentage and 3.14 goals-against average. Hamilton’s Logan Morrison claimed the George Parsons Trophy as the Most Sportsmanlike Player after scoring one goal and seven assists for eight points in five games while being limited to four penalty minutes.

“It’s unbelievable,” Sea Dogs head coach Gardiner MacDougall said postgame. “We had the best fans in the country here tonight. It was an unbelievable atmosphere and it just doesn’t get any better. We got the crowd behind us and we just kept getting better as the game went.”

With the win, it marks the second time the Sea Dogs have raised the Memorial Cup after first doing so in 2011. The franchise was established in 2005. 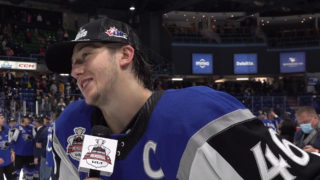