Rimouski and Kelowna battle for much needed win 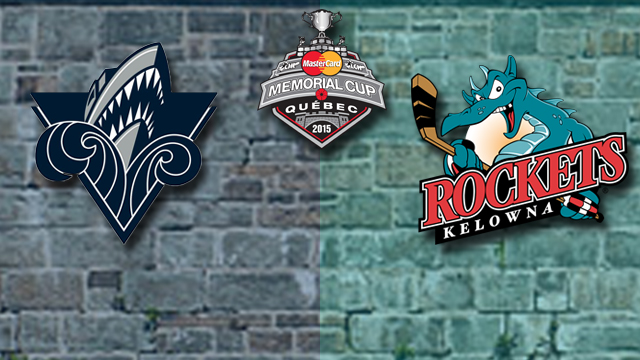 The Rimouski Océanic and the Kelowna Rockets enter Day 4 at the MasterCard Memorial Cup each in search of a much needed victory.

A win would take them a step closer to playing in the semi-final on Friday. A loss would put them in a tight spot with 2-0 Oshawa already clinching a semi-final berth and two clubs ahead of them in the standings.

The QMJHL Champion Océanic enter action off a 4-3 loss to the Oshawa Generals on Saturday, a game that saw them overcome two separate deficits before coming up just short on Alexis Loiseau’s glorious scoring chance in the final seconds of the third period.

Rimouski coach Serge Beausoleil has indicated that he’ll turn to veteran netminder Louis-Philip Guindon on Monday, a 19 year-old acquired from the Drummondville Voltigeurs this season to serve as support for Dallas Stars prospect Philippe Desrosiers in the crease.

Guindon and the Océanic will have their work cut out for them against the WHL Champion Kelowna Rockets who are also in search of their first victory.

The Rockets fell 4-3 at the hands of the host Québec Remparts on opening night on Friday. Remparts defenceman Ryan Graves’ third period slapshot from the top of the circle would stand as the difference maker despite a strong goaltending performance from Jackson Whistle.

Tonight’s game gets underway at 7:30pm ET and can be seen across the country on Sportsnet, in Québec on TVA Sports and can be heard online at Sportsnet 590 The FAN online.