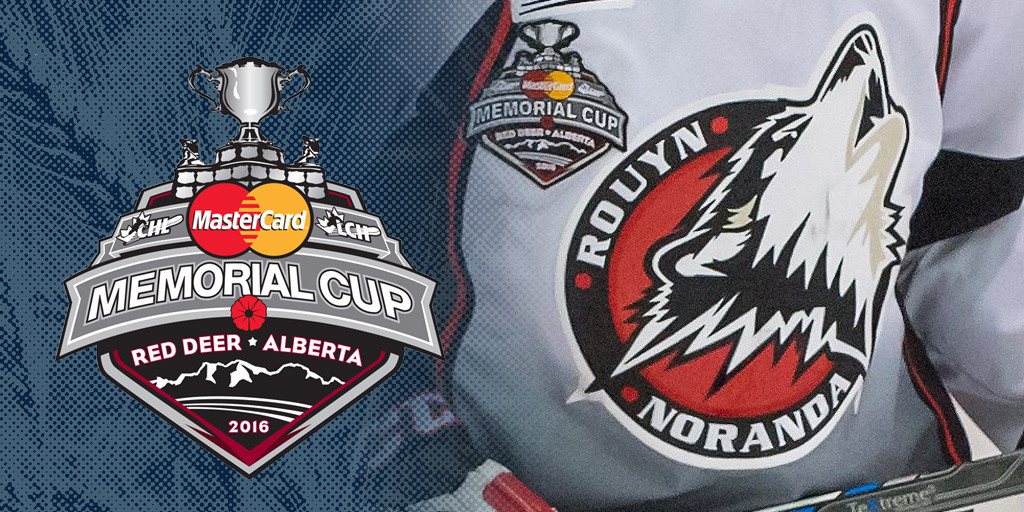 The wait is finally over in Rouyn- Noranda.

The Huskies have won their first-ever QMJHL championship, ending a title drought that started in 1996 when the franchise relocated from Saint-Hyacinthe, Que.

“It means so much to everyone here,” said Huskies head coach and general manager Gilles Bouchard. “The atmosphere in Rouyn-Noranda all year has been very special. The fans here have been waiting for a championship for 20 years. They deserve it, and the players on the team know how important it is too.”

Situated 525 kilometres northwest of Ottawa, Rouyn-Noranda is a remote mining town of 41,000 people who share a close relationship with their team. The fans pack the intimate 2,993-seat Iamgold Arena for home games, routinely overwhelming the visiting team with noise.

The undersized rink even plays a part in organizational strategy, with management and scouts making sure to stock the roster with a handful of robust skaters. The ice surface at the 65-year-old arena is 190 by 85 feet, 10 feet shorter than standard dimensions.

“We play half our games in this rink during the season so it makes sense to use it as an advantage,” Bouchard said. “We have some big players on our team like A.J. Greer, Timo Meier, Julien Nantel and Antoine Waked, but even our players who aren’t that big know how to play with grit. It’s also why it was important for us to get home-ice advantage this year. We worked hard to finish first overall because I think playing in our arena helps us a lot.”

But robustness is only a complementary part of the Huskies’ identity. Teams in Rouyn-Noranda have always been built around speed and skill, a brand of hockey that connects with the fan base.

“You have to be able to put the puck in the net and you have to be able to score on the power play, especially in the playoffs,” Bouchard said. “Some teams try to win games 1–0 or 2–1 and that’s okay, but that can be dangerous sometimes too. You never know what can happen late in a hockey game.”

With that said, no one should mistake the Huskies as a one-dimensional, freewheeling team that ignores defence. They allowed the second fewest goals in the league during the regular season, thanks to stalwart defencemen Nikolas Brouillard, Jeremy Lauzon, Jacob Neveu, Allan Caron and Philippe Myers, as well as stellar goaltending from unheralded veteran Chase Marchand. The over-age netminder set a new league record when he went 215 straight minutes in the playoffs without allowing a goal.

“People might look at names like [league MVP Francis] Perron or Meier or [Jean- Christophe] Beaudin and think all we can do is score goals,” Bouchard said. “But the top players on our defence are maybe the best in the league and Chase Marchand has been great.

“And we believe our depth is important too, not just on defence but on offence too. In Game 6 of our series against the Moncton Wildcats [a 5–4 win to clinch the third-round series], Mathieu Boucher had five points. That’s a player most people don’t know about but he did the job for us that day. Things like that have happened all year for us with a lot of different players stepping up.”

And as much as Bouchard and his staff constructed their roster with all of those elements in mind, the intangible part of their equation was never ignored. The Huskies have always placed a priority on building through the draft, preferring to bring kids into their program as 16-year-olds and then grooming them into contributing veterans.

Their philosophy is that the hothousing lends itself to more of a brotherhood and a cohesiveness that is sometimes hard to achieve when a team is hastily cobbled together through trades at the deadline.

“We have very, very good chemistry on this team,” Bouchard said. “Seventeen of our players were drafted by us and we made sure the players we added [through trades] were all good people. We have had games when we were losing 4–0 or 5–0 and we were able to bounce back to win. I don’t think every team can do that but our guys believe in each other and they play for each other. For sure we don’t want to win every game that way; it’s always better when you have control for the whole game. But we have confidence and we know our players will sacrifice for each other.”

Successfully mixing all those ingredients together has the Huskies feeling confident about their chances at the MasterCard Memorial Cup.

“We have been playing the Huskies’ game for a long time now,” Bouchard said. “We are getting a lot of scoring chances but we also play good defence. When we are playing our best hockey, I think we can compete with anyone.”