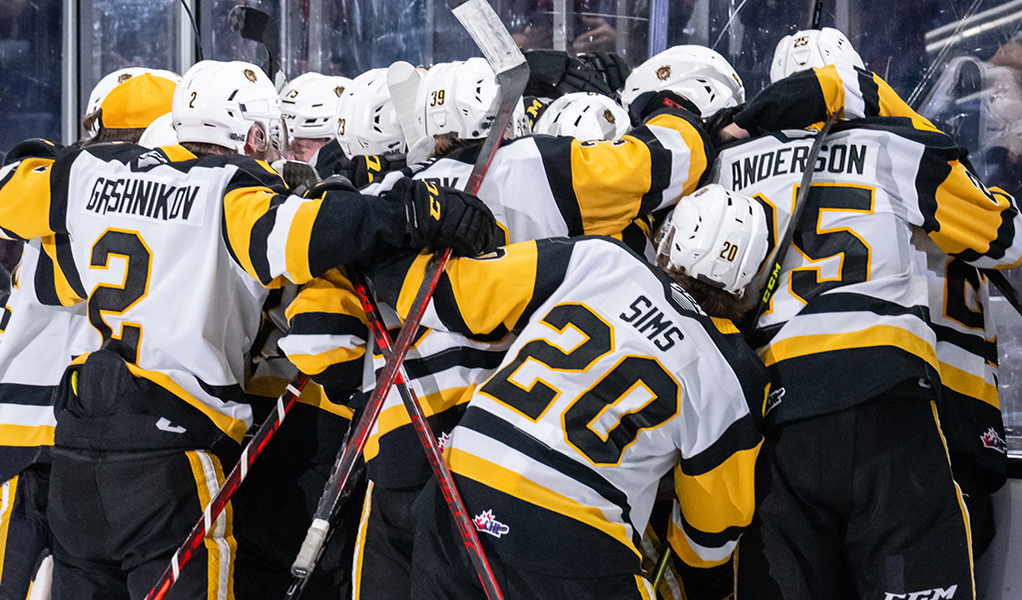 The Hamilton Bulldogs have the chance to make history.

Facing off against the Shawinigan Cataractes in Semi-Final action of the 2022 Memorial Cup presented by Kia on Monday, the Bulldogs prevailed 4-3 in the extra frame to advance to the Championship Final for the first time in franchise history.

“It was the stuff you dream about, overtime wins,” said Bulldogs centre and Anaheim Ducks 2021 first-round pick Mason McTavish postgame. “There were a little bit of nerves, but our guys are really confident and we have been in that situation before.”

Trailing late in the first following a Cataractes goal by Dallas Stars first rounder Mavrik Bourque, a fellow Stars up-and-comer evened the score for the Bulldogs as defenceman Artem Grushnikov provided the unlikely source of offense, going to the net and redirecting a play by McTavish.

McTavish then continued to push the pace offensively in the middle frame, getting his own rebound to beat Cataractes netminder Antoine Coulombe. The lead would be shortlived, however, as Buffalo Sabres draftee Olivier Nadeau tipped home a shot just over four minutes later.

Gaining their second lead of the game at the midpoint of the third period, the Cataractes capitalized with a point shot goal courtesy of William Veillette to pull ahead 3-2 before the game was once again made three a side with a timely goal from Logan Morrison, who netted his first of the tournament.

Heading to the extra frame, the two sides traded chances in a thrilling 5-on-5 session before Bulldogs defenceman Nathan Staios took command of the offensive zone, circling and shooting before his shot was put home by Montreal Canadiens prospect Jan Mysak, emptying the bench and bringing the Bulldogs to celebration.

“There was a lot of belief in the room even though we were down in the third,” Bulldogs head coach Jay McKee said postgame. “For Jan, he has been working so hard and has been really effective every game and every shift. He has been fantastic and I am really happy to see him get rewarded with that goal tonight.”

The Bulldogs will now face the host Saint John Sea Dogs in the Championship Final of the 2022 Memorial Cup presented by Kia set for Wednesday.