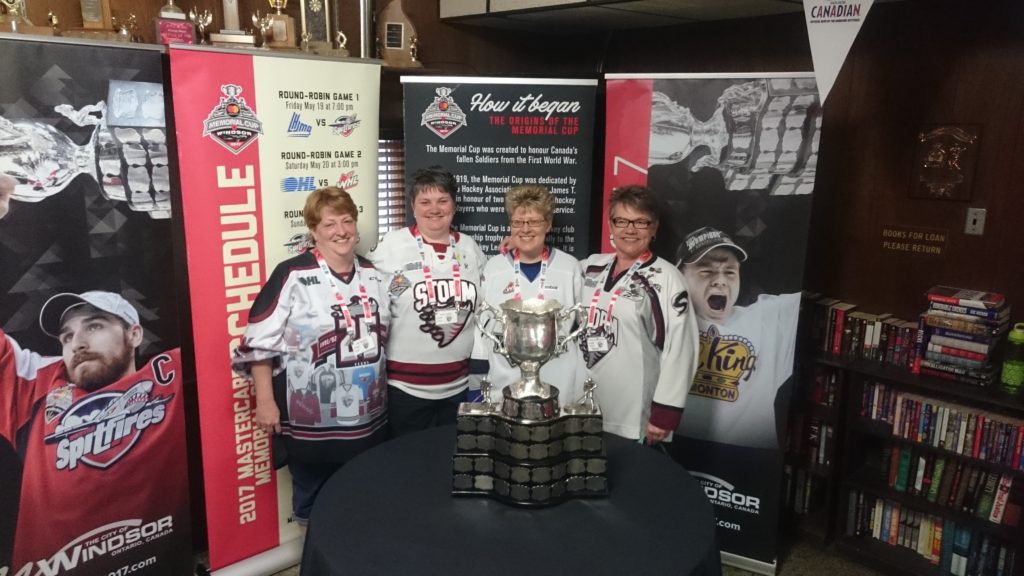 This was the seventh year the Fan Breakfast not only served as a gathering point for many of the CHL’s most avid supporters, but an annual fundraiser in support of local charities recommended by the host team.

CHL teams from coast-to-coast helped stock the prize table for the raffle that also included donated items from fans in attendance who collectively raised an amazing $10,600 that will be split between the Windsor Spitfires Foundation and Knobby’s Kids.

The Spitfires Foundation works to enhance lives and improve the community through the support of several local charitable groups and community service agencies around Windsor & Essex County.  Knobby’s Kids is a skating and hockey program for kids who cannot afford to play in an organized hockey or skating league.

In seven years the Fan Breakfast has raised over $37,000 for various charities in Mississauga, Shawinigan, Saskatoon, London, Quebec City, Red Deer, and Windsor.

Congratulations to the most generous 132 CHL fans for turning a little breakfast get together into an amazing philanthropic event.

Finally a big thank you to @CHLHockey for their donations as well that helped us raise $10,600 for the Spitfires Foundation & Knobbys Kids!