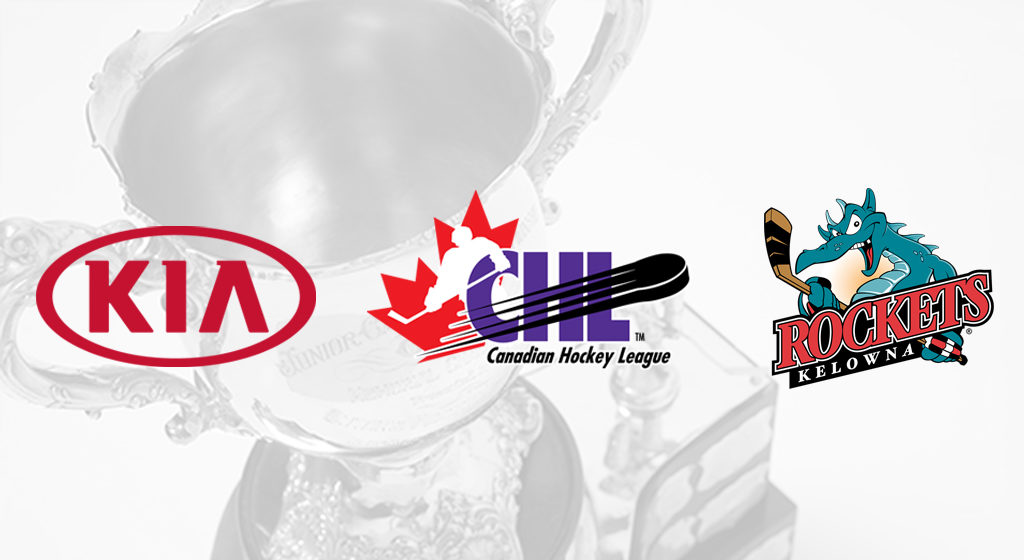 Three WHL Clubs, the Kamloops Blazers, Rockets and Lethbridge Hurricanes, submitted applications to host the 2020 Memorial Cup. The decision to award the hosting of the 2020 Memorial Cup was made by a majority vote of the WHL Board of Governors on Wednesday, October 3 in Calgary.

“The WHL is very confident the Kelowna Rockets, the City of Kelowna and Province of British Columbia will serve as outstanding hosts of the 2020 Memorial Cup presented by Kia,” commented WHL Commissioner Ron Robison. “The Kelowna Rockets bid not only met all the requirements to host a Memorial Cup, but they also have exceptional facilities and the strong community support necessary to host a national event of this magnitude.”

This marks the second time Kelowna has been selected to host the Memorial Cup. The Rockets previously hosted the Memorial Cup in 2004 when they defeated the Gatineau Olympiques of the Quebec Major Junior Hockey League to claim the CHL national championship.

“We are extremely honored and feel very privileged to have the Memorial Cup coming to Kelowna in 2020,” said Bruce Hamilton, President and General Manager of the Kelowna Rockets. “I want to thank the Western Hockey League Board of Governors for their support of our bid, and also congratulate our Kelowna Bid Committee.”

The last time the Memorial Cup was hosted in B.C. was in 2007, when the Vancouver Giants won the tournament on home ice.

“Our successful bid will send vibrations throughout the Okanagan region,” said Tom Dyas, Chair of the Kelowna Rockets Bid Committee. “It was such a collaborative effort that allowed this dream to come to Kelowna. It has been a privilege to work with such top-class organizations on an event that will provide a substantial economic impact for our community.”

The 2020 Memorial Cup represents the third time in five years the Western Hockey League will host the CHL national championship, following in the footsteps of Red Deer (2016) and Regina (2018).

All games of the 2020 Memorial Cup will be televised nationally by Sportsnet and TVA Sports.

About Kia Canada Inc.
Kia Canada Inc. (www.kia.ca – www.facebook.com/kiacanada), a maker of quality vehicles for the young-at-heart is a subsidiary of Kia Motors Corporation (KMC) which was founded in 1999 and sells and services high quality, class leading vehicles like the Soul, Forte, Optima and Sorento through a network of 192 dealers nationwide. Kia Canada Inc. employs 154 people in its Mississauga, Ontario headquarters and three regional offices across Canada, including a state-of-the-art facility in Montreal. Kia’s brand slogan “The Power to Surprise” represents the company’s global commitment to surprise the world by providing exciting & inspiring experiences that go beyond expectations.