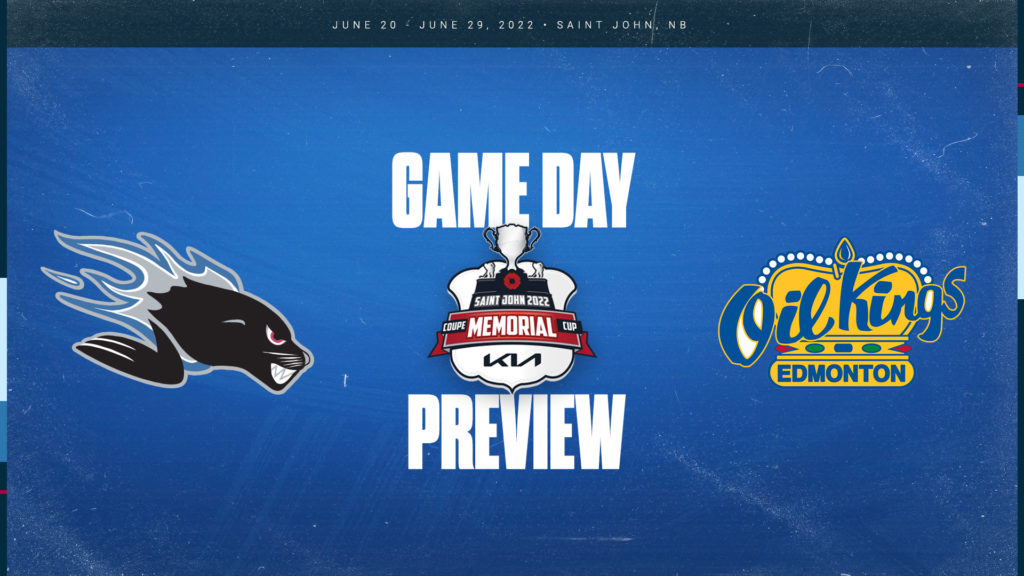 All of the pressure tonight is off of Saint John and is fully on the shoulders of the Oil Kings.

The hosts impressed Monday night in the tournament opener as they beat the Hamilton Bull Dogs 5-3 behind a pair of goals from Ryan Francis. The win was their first at a Memorial Cup since a 5-2 victory over Edmonton on May 21, 2012.

On the other hand, the Oil Kings know their tournament, and season, is on the line tonight. Edmonton was beaten 4-3 by Shawinigan Tuesday and must win tonight to keep their hopes of a second Memorial Cup title alive. The Oil Kings tallied 13 penalty minutes last night and lost Carson Golder just 7:17 into the game as he assessed a game misconduct for a hit from behind but killed off four of the five Cataracte power plays.Edmonton is 4-5-1 all-time at the Memorial Cup and were tournament winners in 2014.

While Francis scored twice Monday night, and added an assist on Peter Reynolds empty-netter, the playmaking abilities of Raivis Ansons and Philippe Daoust were on full display as the Penguins and Senators prospects, respectively, each recorded three assists in the 5-3 win.

On Tuesday, Predators prospect Luke Prokop scored the Oil Kings’ first goal of the tournament and added an assist. It was the defenceman’s fourth multi-point game of the postseason.

International viewers can watch on CHLTV while fans in the U.S. can watch a full-game replay Thursday at 12 p.m. ET.

The Speaker Series, presented by Deloitte Canada, continues today with Brock McGillis as the morning’s guest while this afternoon, Sarah Bujold, Sarah MacDonell and Ebba Berglund take the stage at 2 p.m.

Furthermore, Area 506, presented by DP World Saint John, will have a live pre-game performance from Joel Plaskett at 4 p.m.