‘Awesome to be playing here at home’: Halifax Mooseheads backed by seventh man on the ice – the fans 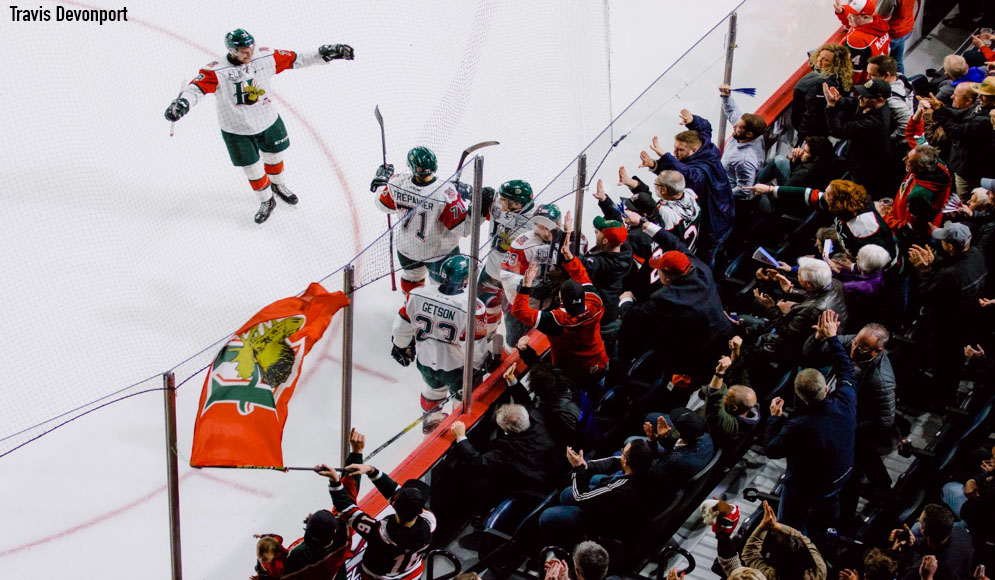 Thousands of hockey fans have flooded Halifax’s downtown streets over the past 10 days for the 2019 Memorial Cup and there’s no doubt the hometown team is feeling the support from their dedicated followers – often described as the seventh man on the ice – as players ready themselves for the Canadian Hockey League (CHL) championship’s final game Sunday evening.

The Halifax Mooseheads face off against rivals and Quebec Major Junior Hockey League (QMJHL) champions the Rouyna-Noranda Huskies at 8 p.m. Atlantic Time, with all of the excitement from Nova Scotia’s capital city to air on Sportsnet and TVA Sports.

For Mooseheads defenceman Justin Barron, having a loyal home crowd has made all the difference for his team on game days.

Barron is better able to find his focus with the roaring crowd, which includes his family and friends, many who have been to all of his home games leading up to this weekend’s championship bout.

“I’m lucky enough to have my friends and family at the games. I think they’re happy for me; it’s the first time my brother’s been home in a while, so he’s been able to watch me play. It’s really nice to have them in the stands.”

Barron is not the only Mooseheads players who feels this way. Defenceman Walter Flower is proud to be a part of a team that shares its success with such a devoted crowd.

“It’s great; they have our back and they’re cheering for us. It’s awesome to play here at home. We know we have one of the best fan groups in the whole country so we definitely feed off it,” says Flower.

But the Herd isn’t the only team with local support.

On the other side of the ice during Sunday’s final match-up will be talented Rouyn-Noranda Huskies forward Tyler Hinam of Cole Harbour.

Tyler Hinam with his family and billet family in Halifax this week.

Hinam is on the hunt for the 2019 Memorial Cup title with four goals and one assist in his last three games. For Hinam and the Huskies, the Mooseheads are nothing more than an obstacle in the way of championship status.

The Huskies topped the Mooseheads 6-4 in semifinal action earlier this week, also beating out the Herd 4-3 for QMJHL championship bragging rights.

“We’re feeling good, we’re feeling confident. I think we just need to be prepared, be ready to go and make sure we play good and get up for that game,” Hinam says.

As Hinam faces off against his local team this Sunday, his father Mark Hinam says he could not be more proud of the effort his son has contributed this season to the Huskies.

“I couldn’t be more proud of my son; he’s giving all he has to chase his dreams and is doing what he does best in this tournament.”