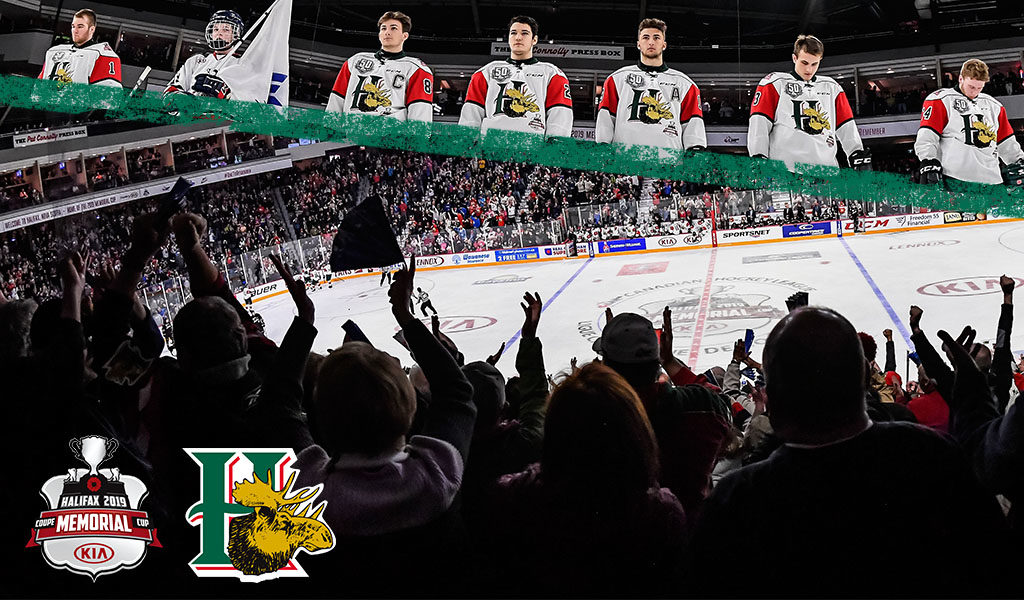 This year marks the second time that Halifax has hosted the Memorial Cup.

The Mooseheads play in one of the top markets with a building to match. Over a quarter century, the city’s role in hosting major junior hockey’s showcase events have helped make the Mooseheads the Quebec Major Junior Hockey League’s flagship Atlantic Canadian franchise.

Though he played his junior career in Rimouski, Cole Harbour’s Sidney Crosby’s rise to generational player status put his hometown in the national spotlight in other ways. The Greater Halifax area and its hockey identity are intertwined with Crosby’s.

From the Mooseheads perspective, the Cole Harbour/Halifax connection proved even more fruitful later. Nathan MacKinnon, who, like Crosby, grew up in Cole Harbour, had a stellar two-year QMJHL career playing for the Mooseheads that culminated in the team winning the Memorial Cup in 2013.

MacKinnon, who won Memorial Cup MVP honours that year in Saskatoon, is the best example of a trait the Mooseheads are now known for: producing elite forwards who earn high selections in the NHL Draft. Jonathan Drouin, Nikolaj Ehlers, Nico Hischier, Timo Meier, Jakub Voracek and Filip Zadina have all been top picks while playing for the Mooseheads.

Hischier (2017) and MacKinnon (2013) went first overall, while Drouin and MacKinnon formed a formidable 1-2 punch in winning the Memorial Cup together.

The Drouin-MacKinnon combo joined together on Team Cherry that year as Halifax hosted the CHL/NHL Top Prospects Game. Team Orr, captained by the Portland Winterhawks Seth Jones, prevailed that night but Drouin and MacKinnon and the rest of the Mooseheads triumphed over Jones and the Winterhawks four months later in the Memorial Cup final.

The MacKinnon-Drouin-Jones trio went 1-3-4 in the NHL Draft a month later.

Brad Marchand, a Halifax native, played half a season for the Mooseheads at the end of his QMJHL career. The Boston Bruins sniper was the first of the three Halifax superstars to reach 100 points this season in the NHL, eventually tying Crosby at the century mark among scoring leaders. MacKinnon had 99. In the end, the Halifax-area superstars accounted for three of the top eight NHL scorers this season. Collectively, Crosby (three) and Marchand (one) have won the Stanley Cup four times.

The Memorial Cup in Atlantic Canada was all new territory back in 1999-2000. Back then,the Memorial Cup had never been held east of Quebec and the Halifax Mooseheads were only six years into their major junior existence. But Halifax threw itself into the hosting responsibility and weathered a few extreme bumps along the way to attract what were then record-setting crowds.

The organization worked hard to assemble a roster worthy of the moment. Head coach and general manager Bob Mongrain’s featured deals were the autumn acquisition of veteran scorer Ramzi Abid and a last-minute move to land overage centre Benoit Dusablon.

Abid was named captain almost immediately after arriving in Halifax and produced 67 goals and 158 points in 72 games to go with 148 penalty minutes. His linemate Brandon Reid contributed 44 goals and 124 points but it eventually became public knowledge that Reid was the ‘player to be named later’ for Dusablon, a 135-point scorer who had been brought in from the Val-d’Or Foreurs.

Although the run-up to the 2000 Memorial Cup pre-dated social media and the internet was still in its infancy, the attention and scrutiny that accompanied it all engulfed the host team. The Rimouski Oceanic eventually swept the Mooseheads in the second round of the league playoffs. The organization reacted by firing Mongrain. It was 31 days before Game 1 of the Memorial Cup and associate coach Shawn MacKenzie landed behind the bench in extraordinary circumstances.

History, of course, would prove that the team had nothing to be ashamed of as the Mooseheads lost to one of the QMJHL’s greatest champions in the Brad Richards-led Oceanic.

Despite the crushing challenge, MacKenzie got the Mooseheads regrouped during the pre-tournament hiatus and they opened with back-to-back wins over the Barrie Colts and Kootenay ICE. That clinched a spot in the semifinal, where the Colts got the better of them 6-3, but it also validated the efforts made to shore up the team.

In the end, the same Oceanic were also too much for the Colts in the final. Powered by a star performance from Richards, Rimouski dominated the championship game 6-2 to win that franchise’s first Memorial Cup title.

Three years later, the city was the primary host for the World Junior Hockey Championship, helped by Sydney, who hosted pool round games at Centre 200, the home arena of the Cape Breton Screaming Eagles.

Team Canada dropped a close 3-2 decision in the gold medal game but the warm embrace of the Nova Scotia hockey community was one of the key drivers that changed the profile of the annual event. That Canada now effectively hosts the tournament every other year has its roots in the overwhelming success of the 2003 World Junior.