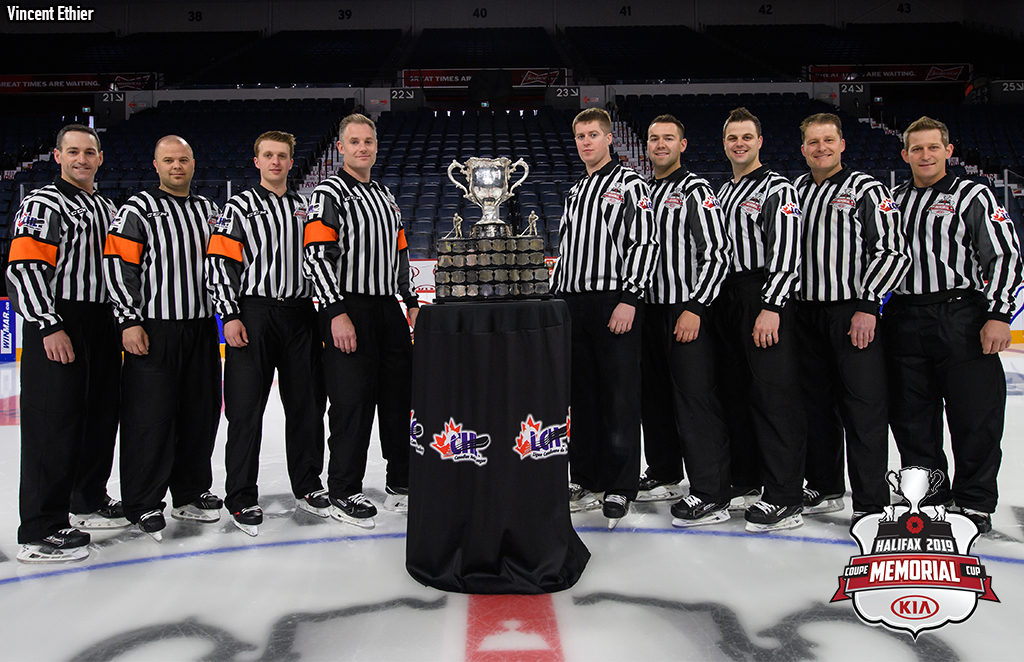 Halifax, NS – The Canadian Hockey League today announced the officiating team for the 2019 Memorial Cup Presented by Kia in Halifax.

QMJHL referees in the 2019 Memorial Cup include Jonathan Alarie of Mirabel, QC, and Mario Maillet of Bouctouch, NB. Alarie is skating in his third Memorial Cup championship, while Maillet is making his second appearance. Representing the OHL is Jason Faist of Waterloo, ON, and representing the WHL is Chris Crich of Calgary, AB. Both Faist and Crich are skating in their first Memorial Cup.

Number of CHL seasons in brackets

The Memorial Cup was donated in 1919 by the Ontario Hockey Association as a memorial to those young men and women who had been given their lives in the defence of Canada during World War I.  The 2019 edition of the championship in Halifax marks the 101st time this prestigious trophy will be presented.

The 2019 Memorial Cup presented by Kia is supported by Kia Canada and associate sponsors which include CIBC, Real Canadian Superstore, Cooper Tires, and Kubota Canada.