Mooseheads Full Season Ticket Members and 15-Game Pack Holders are being offered the lowest priced Memorial Cup ticket packages in years with lower bowl packages available for just $320 plus taxes. These packages will include all 8 games for the event as well as an additional game if a tiebreaker game is necessary.

“From day one in the bidding process for the Memorial Cup, it was critically important to our Organization and Host Committee that we gave our fans the best opportunity to attend this event and to keep their seats”, stated Mooseheads President Brian Urquhart.

“One of the greatest attributes of junior hockey is being able to see the future stars of the NHL at an affordable price. This event will fall in line with that belief.”

Packages for the General Public are also among the lowest in years and will go on sale December 5th for $450 and $350, before taxes, for red (lower) and green (upper) section seating. General Public packages will be sold through the Ticket Atlantic Box Office. 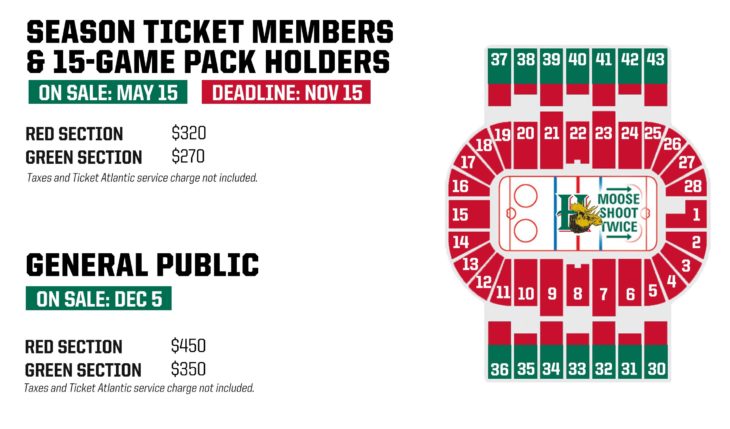