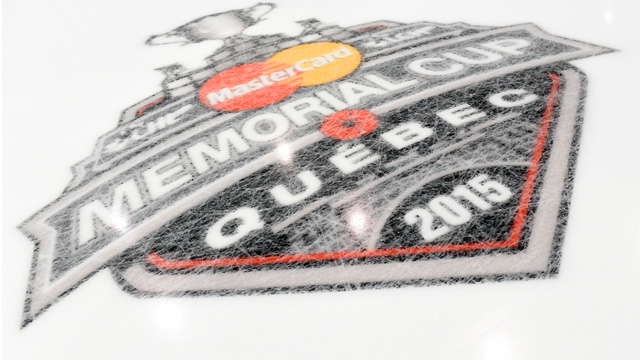 Toronto, ON – The Canadian Hockey League in association with the 2015 MasterCard Memorial Cup Host Committee today announced the schedule and start times for the 97th edition of the prestigious National Championship which takes place May 22-31 in Quebec City.

All nine games of the championship will be broadcast live on Sportsnet and TVA Sports.

2015 MasterCard Memorial Cup Schedule (All times are Eastern and are subject to change):

Championship Final – Sunday May 31 time to be confirmed

Since the round-robin format of the event was introduced in 1972, the Western Hockey League has won a total of 19 MasterCard Memorial Cup championships including last season in London when the Edmonton Oil Kings captured their first title in modern franchise history with a 6-3 win over the Guelph Storm.  Since 1983, nine host teams have won the title including the last time the event was hosted in the QMJHL when the Shawinigan Cataractes defeated the London Knights in 2012 by a 2-1 score in overtime.  The Remparts last hosted the event in 2003 and have captured two titles including one by the original club in 1971, and one in modern history when they defeated the host Moncton Wildcats in 2006 as part of the only all-QMJHL final in championship history.

The 2015 MasterCard Memorial Cup is proudly supported by MasterCard, title sponsor of this event for 17 straight years.  Associate sponsors include BMO Bank of Montreal, SUBWAY, Cooper Tires, and autoTRADER.ca.

For more information about the event please visit www.mastercardmemorialcup.ca.