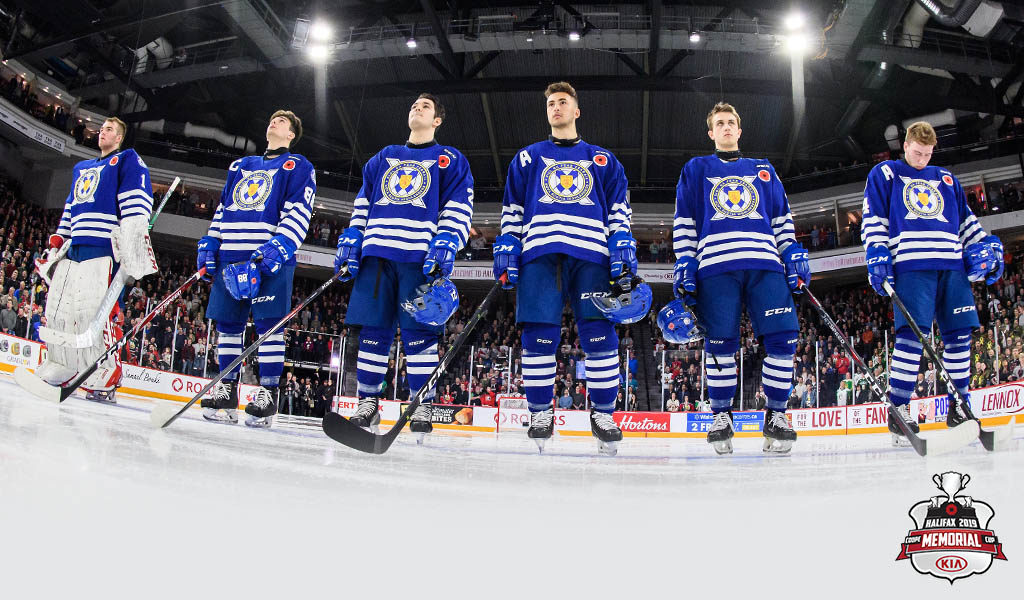 The Canadian Hockey League in association with the Halifax Mooseheads and the 2019 Memorial Cup Presented by Kia Host Organizing Committee have announced that a donation of $20,000 will be made to the Dominion Command Poppy Trust Fund.

The money was raised through an online auction of the Mooseheads game-worn and game-issued commemorative jerseys from the opening game of the 2019 Memorial Cup.

All donations to the Poppy Fund are placed in trust to be used for the care and benevolent support of Veterans and their dependents.

Designed by the Mooseheads in conjunction with the CHL, the jersey pays tribute to the Nova Scotia Highlanders (NS Highrs) by proudly displaying their hat badge as the jersey’s front crest. The NS Highrs are one of only two units from the Maritime provinces that took part in the Landing at Normandy on D-Day in 1944 during World War II. This year marks the 75th anniversary of that event.

The Memorial Cup Theme Jersey Program was created in 2008 and has now cumulatively generated over $245,000 for Veterans.

The Memorial Cup was donated in 1919 by the Ontario Hockey Association as a memorial to those young men and women who had been given their lives in the defence of Canada during World War I.  In 2010 the Memorial Cup was rededicated to the memory of all fallen Canadian Military Personnel.

The 2020 Memorial Cup will be hosted by the Kelowna Rockets taking place May 21-31.