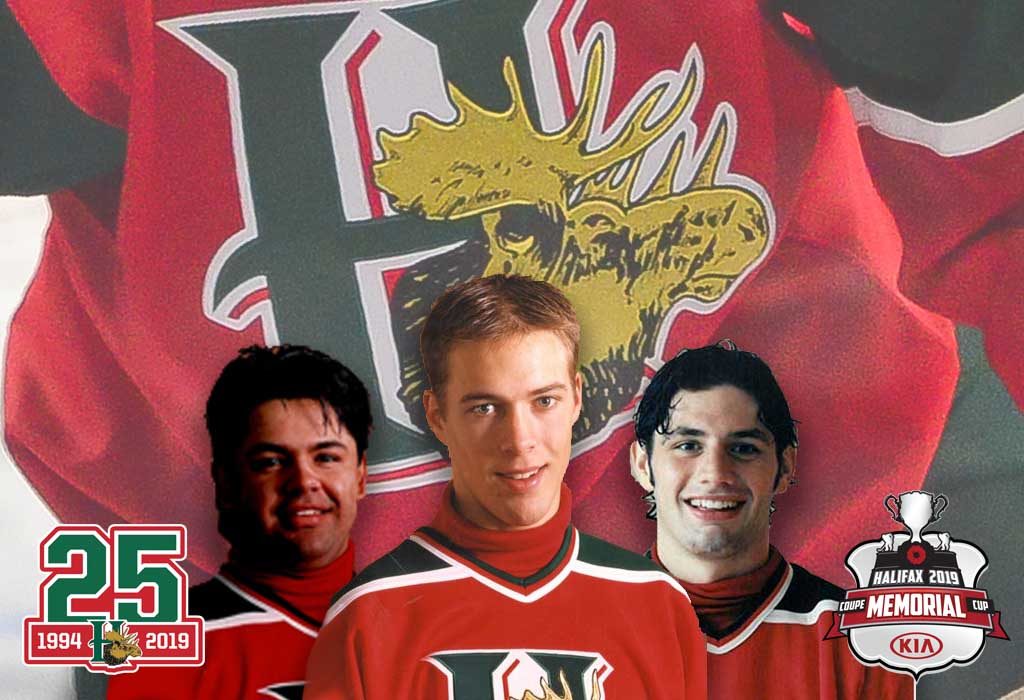 An exodus of minor-pro hockey from the Canadian Maritimes marked the 1990s as five teams from the American Hockey League uprooted for greener pastures or ultimately shuttered. Left were empty barns and wanting fans as the suddenly underserved region became a budding opportunity for the Canadian Hockey League to bring junior hockey to Eastern Canada.

In 1994, that dream became a reality when the Quebec Major Junior Hockey League reached east of its home province for the first time, as the Nova Scotia capital was granted a team that was financially backed by the independent Moosehead Brewery, which remains the team’s moniker to this day. With that, the Halifax Mooseheads were born, ushering in a new wave of teams in the Canadian Maritimes.

Three years later, the Cape Breton Screaming Eagles followed, establishing in Sydney, to bring a second team to the province it what would later form the ‘Battle of Nova Scotia’ rivalry. Through their history, the Screaming Eagles have seen four talents selected in the first round of the NHL draft, including netminder Marc-Andre Fleury, who went first overall to the Pittsburgh Penguins in 2003, and Halifax native James Sheppard, the ninth-overall pick by the Minnesota Wild three years later.

Today, the region is served by six teams, covering five markets that were previously a part of the AHL. The group makes up the QMJHL’s Maritimes Division and also counts the Acadie-Bathurst Titan, Charlottetown Islanders, Moncton Wildcats, and Saint John Sea Dogs.

Over the years, the Mooseheads, the team that started it all, has become a model CHL franchise, with consistently strong performances both on the ice and at the gate. This season, in the Mooseheads’ 25th anniversary, Halifax is playing before more than 8,000 fans a night at its home rink, while the team is also getting it done on the ice, as its 95 points through 63 games rank third in the entire QMJHL.

It is that kind of performance that has Halifax well prepared for May, when the Mooseheads will host their second-ever Memorial Cup and vie for their first championship since 2013. That year, hometown hero Nathan MacKinnon, from the neighbouring community of Cole Harbour, N.S., tallied 13 points in four games, including a three-goal effort in the deciding contest, to lift the club to its first CHL championship.

The 2013 Memorial Cup title is just one of the many accolades for the revered franchise, beyond six division championships and three President’s Cup appearances. Through it all, Halifax has created one of the CHL’s top development programs both on and off the ice, one that sees a host of former players now star at hockey’s highest level, including MacKinnon and Nico Hischer, both first-overall picks in the NHL draft, as well as Jonathan Drouin (Montreal Canadiens) and Nikolaj Ehlers (Winnipeg Jets), among others.

Of course, it’s not only past players who proudly represent the Mooseheads. Former head coach Dominique Ducharme, who spent five seasons in Halifax, including the 2013 Memorial Cup win, has went on to lead Canada twice on the international stage as the bench boss at the IIHF World Junior Hockey Championship, counting a gold-medal win in 2018. The budding bench boss now serves as an assistant with his hometown Canadiens.

As the franchise marks its quarter-century celebration, the Memorial Cup returns to Halifax for the first time since a successful initial run in 2000, when the hosting squad held the second-best record through round-robin action only to later fall in the semi-final. The Memorial Cup ultimately went to the Rimouski Oceanic, who were led by another Maritimes hockey star in Prince Edward Island native Brad Richards, who just four years later would be recognized as the NHL’s Conn Smythe Trophy winner after guiding the Tampa Bay Lightning to the 2004 Stanley Cup.

Today, the Mooseheads are served by two mainstays who have been a big part in returning the marquee Memorial Cup tournament to Halifax.

Mooseheads majority owner Bobby Smith is no stranger to junior hockey fans, as the Sydney, N.S., native holds the Ontario Hockey Association record for the most assists (123) and points (192) in a season, set in 1977-78 with the Ottawa 67’s. The first-overall pick by the Minnesota North Stars in 1978, Smith had an impressive 15-year NHL career that culminated in a Stanley Cup championship with the Canadiens in 1986.

There is also Cam Russell, the general manager of the Mooseheads since 2008, whose tenure included the 2013 Memorial Cup win. A Cole Harbour native, Russell previously doubled as part of the Mooseheads coaching staff before shifting to the GM’s office full time in 2010. A 10-year NHL veteran, Russell was inducted into the Nova Scotia Sports Hall of Fame in 2011.