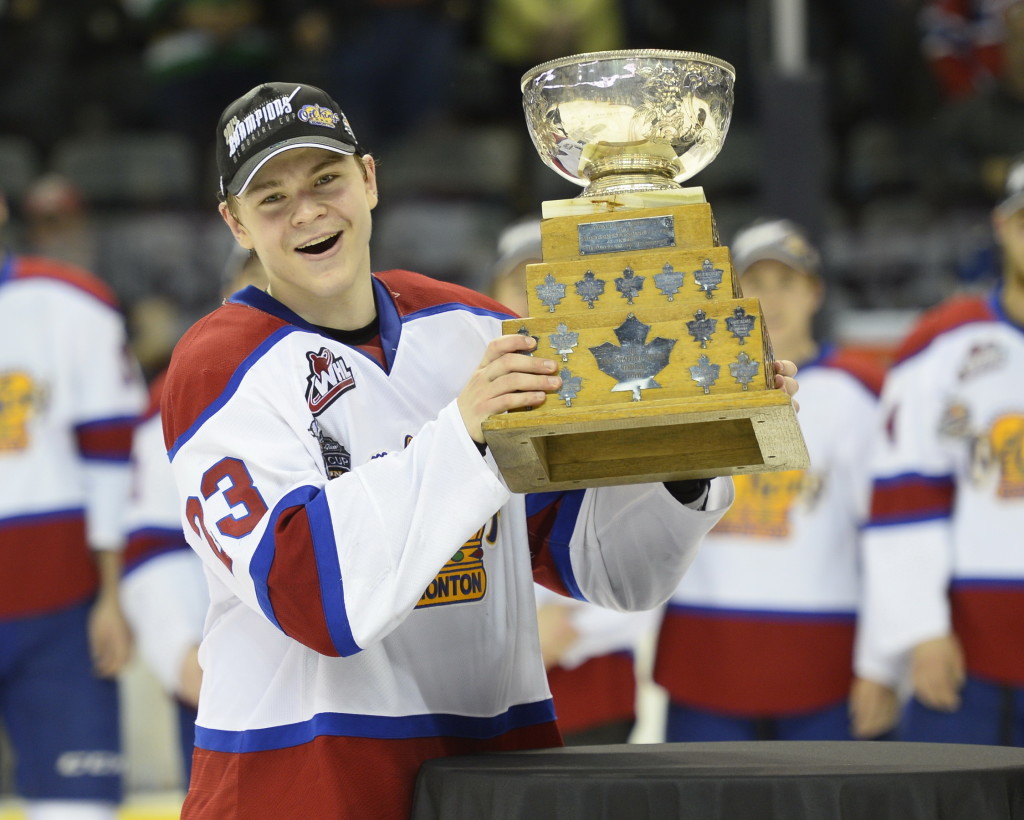 Antoine Bibeau of the QMJHL Champion Val-d’Or Foreurs was named Outstanding Goaltender of the 2014 MasterCard Memorial Cup.  The 20-year-old from Victoriaville, PQ, and Toronto Maple Leaf prospect made 178 saves in four games with a 2.76 goal against average and a .932 save percentage.

Maple Leafs prospect Matt Finn and Columbus Blue Jackets prospect Kerby Rychel from the Guelph Storm, along with Bibeau in goal rounded out the rest of the All-Star Team.